Skip to content
A few of us have been experiencing problems with the after market Tooth & Nail Level 10 Forend rotating slightly in relation to the BR99 upper. The forend can rotate a few degrees left and right of centre when viewed along the longitudinal axis. In simpler terms if you have iron sights fitted they may cant to left or right destroying any chance of a decent and accurate sight picture. Tooth & Nail as ever were super quick to come to my assistance however this is not an issue they see in the USofA and their suspicion is the European BR99s have a slightly different barrel, receiver configuration so it is difficult for them to help without a Euro spec BR99 to work with. Apparently people slide HT O Rings over the barrel to act as a buffer and align the forend however this is not a perfect solution. Equally people fit Picatinny rail bridging pieces which looks hideous and effectively blot out the front sight when shot with irons. My solution is to add a pin between the the two Picattiny rails. The process is simple, drill and tap a 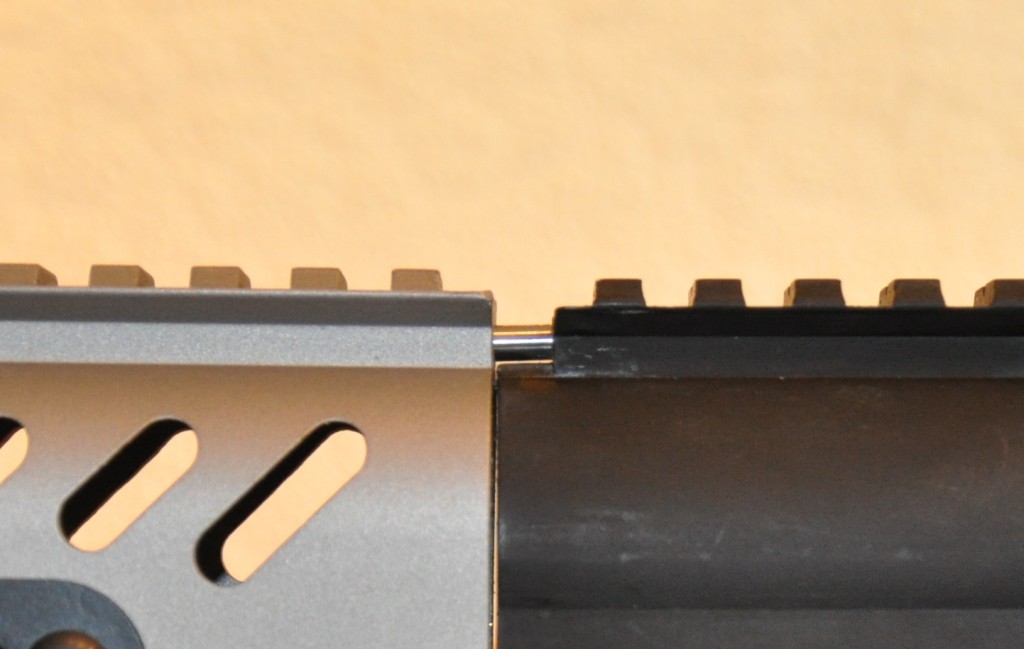 hole central to the end of the rail, I opted for M5. Then took a stainless M5 x 20 screw and machine 14,0mm of the thread to a diameter of 3,9mm. Drill an opposing 4,0mm hole in the other rail, screw and glue the pin in place and slide the two together. 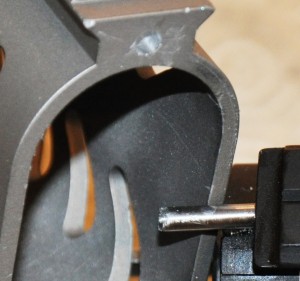 You get a nice firm fit with zero rotation and the forend can be removed as normal without having to resort to any hand tools.As ever the pictures are awful however this should give an idea of the fix, this was the first one I modified to prove the concept and the pin was replaced with something a bit shinier to finish the job off. Camera glare allowing you should get an idea of how the job is done. The shiny bit on the rail is not obvious to the eye and I took half a dozen pictures to try and loose it before giving up and just posting this…

Thank you as ever to Matt & Joshua at Tooth & Nail Armoury for their assistance.

EDIT ) have been asked how I align the front and rear rail sections for drilling. I used an old woodworking technique. Make a shorter pin and machine or file it to a point and screw it in so it just stands proud of the front end of the receiver, now slide the forend into place and align it carefully with a steel rule on the side of the rail, if in doubt sight down the rail to ensure both sections are correctly aligned. Place a block of wood or similar at the front of the forend and give it a tap with a hammer and you should get a witness mark where the hole has to be drilled.