I was speaking to an RFD yesterday who has just had a Schultz & Larsen RPLT42 rifle come in and was keen to know more about it, given that we have a fascinating book on the history of the Schultz & Larsen written in Danish I volunteered Christel to do some research and this is it, hopefully it will be of interest to someone.

The Model 42 is a 4 lug rear locker based on the S&L Model 38 also known as the ‘System Schultz & Larsen’ interestingly Niels Larsen shot 600m free rifle in the 1924 Paris Olympics. One of the other competitors from a Baltic country had a locally produced rifle with him which was a rear locker, Niels was so impressed he took the idea home with him and S&L started producing actions of this type. 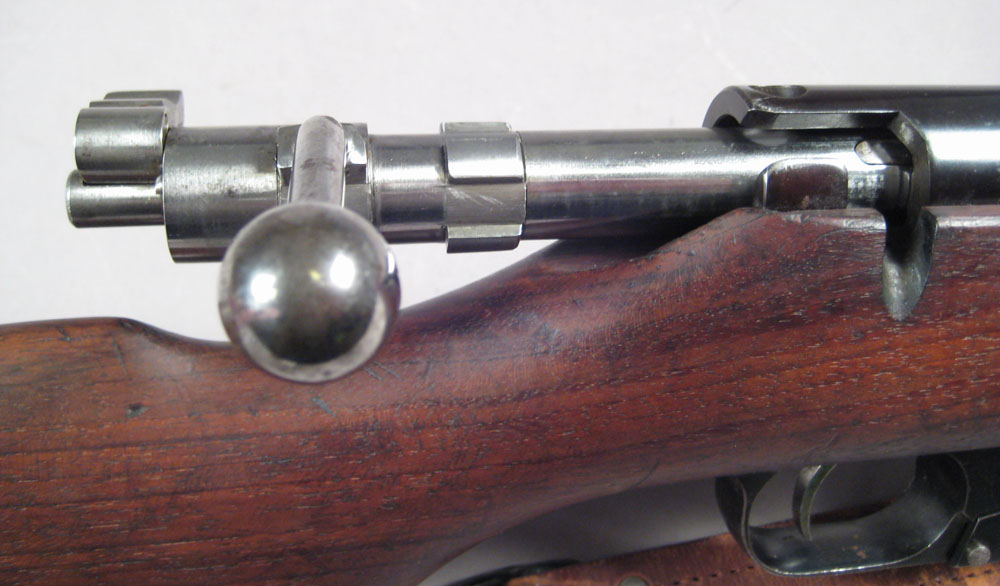 RPLT stands for Rigspolitiet (State Police) – Christel has no idea what the LT is for, the number 42 is for the year, they were manufactured for an order from the State Police for the Coastguard Police (A division of the State Police) mainly to protect the North Sealand coast (Copenhagen area) from people leaving Denmark for Sweden. They were also used to guard the railway network and were referred to as the ‘Svelletaelleren’ which means sleepers/tracks counter and probably refers to the monotony of walking the tracks with one of these rifles to keep the guard company. The Coastguard Police were also equipped with Mauser M98 Karabiner and they were fitted with Schultz and Larsen barrels, it is unclear which of these rifles were used first.

Originally it was suggested only 800 of these rifles were built however later records point to as many as 1220 being built, interestingly the numbers for this model of rifle start at 100 so last serial would be 1320. Danish saboteurs broke into the Schultz & Larsen factory at Otterup and stole the final deliveries of rifles and after the war some RPLT42s were rebuilt to hunting specification rifles by the Otterup Factory, the suggestion is either S&L brought them back from the State Police or the saboteurs who took them, there are no records either way. Of course it would be wrong to suggest S&L would in any way be involved in the ‘loss’ of the rifles at the time…

The rebuild as hunting rifles included being fitted with a new stock with a half cheek piece instead of the more traditional full length version used on the military rifles, they maintained the 4 shot magazine and continued to be chambered in 8x58RD which was the military calibre for the duration of the war. 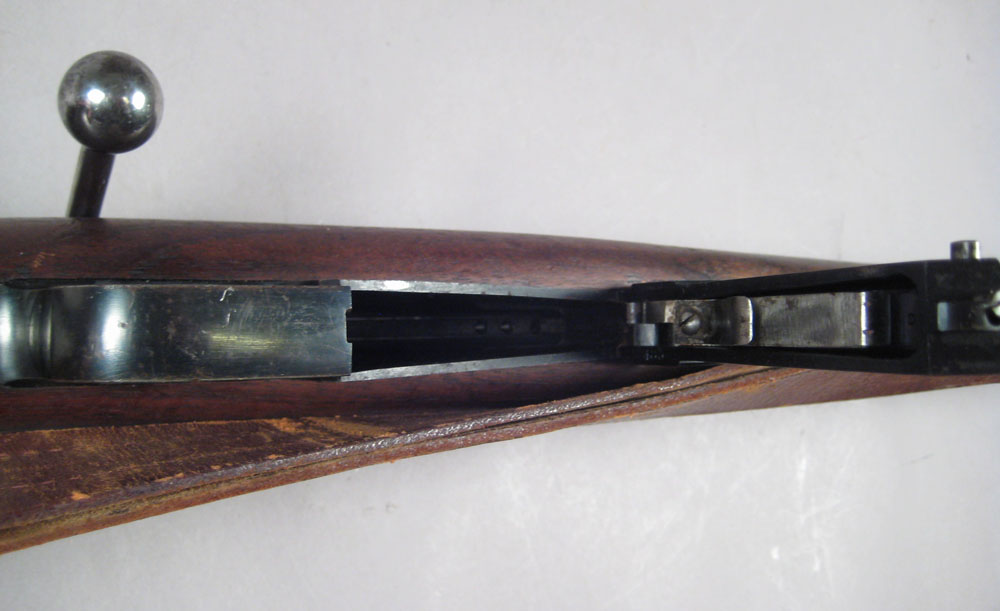 Some model 42’s had the RPLT stamp scrubbed when they were converted to hunting use. The State Police insisted that the RPLT be removed however Mr Larsen decided such a request was not particularly important so only a few rifles had the RPLT removed. When the Otterup factory closed in 1994 three RPLT42s along with some prototypes, spares and foreign firearms were sold to a ‘German weapons dealer’
In Autumn 1941 a new Police Corp known as the Coastguard Police was formed by German request to ‘keep Spy’s out of the country and Jews in’. They were closed down in 1947 and at that point 200 RPLT42s were sold back to Schultz & Larsen. From 1947 onwards no RPLT42s are recorded as being held by the Police.

One thing to consider with the RPLT42s is the receivers were made from an incredibly hard steel which has led to some cracking in the area of the receiver lugs, this apparently is not a problem if you shoot with modest loads however it is something to be mindful of if you decided to use millsurp 8x58RD which has a reputation for being spiteful.

Now some history, when the Værnemagt (Wehrmacht) took over the running of Denmark they issued an order that all civilian owned firearms be handed into the Police, anything chambered in 9mm or 8x58RD was purchased for a nominal sum and used by the Danish Police, all others were taken and stored in the local prisons. Apparently the Police soon forgot where the keys were kept and the Danish resistance used to take them away in the dark of night, unfortunately they were spotted on more than one occasion and this led to reports that prisoners were being killed and their coffins taken away at night. Ultimately the Germans got wind of this and moved the remaining firearms to a church in North Germany for a period before being relocated to a salt mine. The Americans when they heard of this blew the entrance of the salt mine up and they have never been recovered to this day.

So if you fancy a few pre-war Danish rifles…..

EDIT – Could RPLT stand for RigsPoLiteT So RPLT is simply ‘State Police’ I see Peter Rasmussen refers to it as the R.P.L.T42 at the start of his article and then RPLT42 from that point onwards. Time for more research.

Another EDIT – Regarding the alleged receiver issue with the M42, apparently it was due to a shortage of alloy steel so the receivers were made of carbon steel which became very brittle during the hardening/heat treatment process and cracks have been seen in the left rear of the magazine well.

Niels Larsen and the Olympics – Niels took a Bronze in what was to be his last Olympic appearance at Paris 1924 in the 600 metre free rifle competition. Estonia, Latvia and Lithuania are the only ‘Baltic States’ that competed the ‘24 Olympics and I can find no reference to any of these countries actually competing in the 600m shooting events.

However Finland was referred to as part of the Baltic Stated in the 1920’s and Heikki Huttunen and Johannes Theslöf of Finland did compete in the 600m free rifle Theslöf 39th 79 points and Huttunen finished 44th with 77 points so maybe one of these two shooters competed with the rifle that inspired Niels Larsen to build the M38 rear locker.

As a final post script Robert Chombart mailed me and comments:

Mr Larsen might have been inspired by an other design, but the lugs arrangement can only be his, and it is what makes me so admirative. It is of a perfect geometry and functionality. I can tell you how difficult it is to achieve a perfect functional lugs arrangement on a full diameter bolt with only 50° rotation.

Such a design would be simple today with CAD, but in 1938, it was quite a challenge to combine camming, cocking, lugs bearing surface and total lugs bearing angle in such a small allowance. The lugs bearing angle of the design was the biggest of all systems, just bettered now by the 3 lugs design in triangular form.

The raw metal problem you mention is typical of the time . >From 1942 this was the general problem. Case hardening technology was still rudimentary (rush perioff helping)and hardening protocols difficult to master. Common problem was a too deep coat of brittlened metal.

Robert is probably best known for his design work on many rifle actions including most recently the Woody Engineering produced INCH, the CG range of rifle triggers and target sights. Robert has made a hugely significant contribution to the development of modern rifle action design.

A fitting end to my Journal entry, thank you Robert.