I have a competition Sunday morning, now as I am a guest I am not totally sure what I am doing or if I am even eligible, the joys of second and even third hand information. No matter I will look on it as a chance to air the S&L and confirm the wind zero in preponderation for the Phoenix. This of course means I need to build some so it was off to the reloading Shed. As the S&L is shot three position it is run on quite a modest load at 53 grains of N540 behind 139 Scenars and Fed 210M’s in Lapua brass with quite an enthusiastic jump.

Many years ago I realised I was not cut out for throwing powder so I do the mechanical side of things such as brass prep and priming she throws the powder and I finish off with the seating. It makes the job a lot easier as I can pass her a tray of 50 prepped cases and she does her thing. Not in the Shed though, Christel prefers to work in the kitchen with a very robust work surface and no distractions.

So that is 100 rounds built and this is my bit of the process, quite modest really. 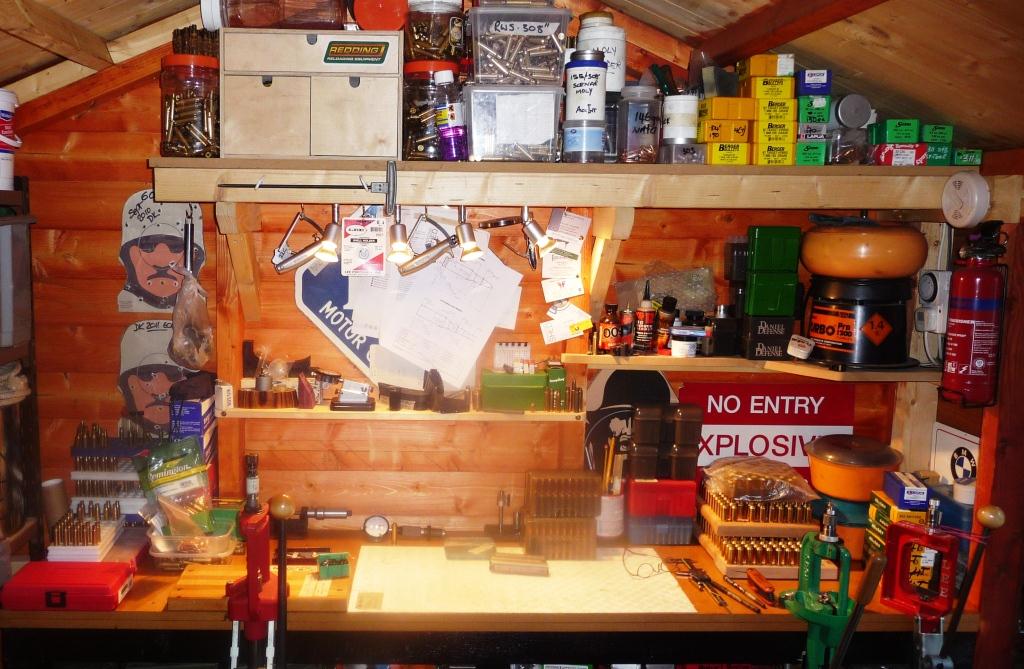 I use a Lee Cast Classic which was always an interim thing but ended up stopping, the Lee on the right hand side was given to me and is exclusively used for building  NATO specification rounds for my AI, it seats to 2.800″ +/- nothing time after time with just a cheap Lee die in it. Amazing really, I doubt the die, press and shell holder combined cost me more than a tenner.

With the 6,5-284 built it was time to turn my attention to the Black thing. We have quite an assortment of powders in the house and two types of 55 grain .224’s plus some Berger 73 grain LTB’s. Now given that I have around 50 rounds of plinking ammunition to get it on zero and confirm operation building the Berger seemed like the right thing to do.

Everyone tells me TR140 is the same as N140 give or take a bit however it is the bit that worries me so I have built a test run at 2.265″ which means I can feed from the magazine.

The build is as much a check for pressure signs as accuracy and I will be looking long and hard at each case as I shoot it. I have built virtually the same in N140 as a benchmark and will shoot that first so with luck by end of play I will have a better feeling for TR140 as a .223 load.

One Reply to “Reloading (I do reload sometimes!)”